You are here: Home > Motoring

Change is coming in the car world. There is a strong spotlight focused on greener cars, with rising numbers of electric and hybrid vehicles starting to appear on the roads.

Even the iconic black cab is going electric, capable of being driven for up to 80 miles on battery power, with a subsidiary range-extender petrol engine for longer trips. It is a significant sign of changing times that the classic cab manufacturer has changed its name from the London Taxi Company to the London Electric Vehicle Company.

Another pointer to a shift in direction on the motoring scene is the recent result of a worldwide decision by 25 professional motoring writers in 20 countries, voting for the 2017 Women’s World Car of the Year Awards. These do not focus on cars for women, but rather on the best, most praiseworthy models for all drivers, chosen by petrolhead female critics. The UK has two judges on the global panel; I am one of them.

So which car impressed us most for its all-round excellence, to win both the green car category, and the 2017 WWCOTY Supreme Award? The Hyundai Ioniq, a roomy and businesslike five-door hatchback made in South Korea. It is available in three versions, all green-friendly – most popular as a hybrid, but with both plug-in hybrid and pure electric options in the range too.

This is the hybrid model. With a 1.6 litre petrol engine in harness with an electric motor, it has a combined power output of 138 bhp, and a CO2 figure of only 79 g/km. The official combined fuel economy figure is 83.1 mpg, which as any savvy driver knows is likely to be optimistic, but around 70-ish mpg is real-world achievable.

With a dual-clutch manual gearbox with auto mode, it is easy to drive in urban conditions. It has slick behaviour on a twisty country road and relaxed motorway cruising. The top speed is 115 mph and 0-62 mph acceleration takes 10.8 seconds. Pricing starts from a whisker below £20,000 and the best-equipped Premium SE is £24,185, with group 11 insurance and year one Benefit-in-Kind at 17 per cent.

Bright sparks in the business world are taking the plunge into electric motoring, but going fully electric is not the answer for everyone. At the current state of battery development, the available range between re-charges is still significantly less than the tank range of a similar size petrol or diesel model. Where an electric vehicle – EV – pays off is as a commuter car, for someone with ready access to charge facilities at short-haul destinations, or as a secondary car where a longer-range model is available for extended trips.

If a compact, easy-to-park, all-electric model would be viable alongside your business life, then a model like the Renault Zoe could have strong appeal. Originally launched five years ago, it has undergone an overhaul this year and its lithium ion battery pack was upgraded to 41 kW-h, almost doubling the previous 22 k-Wh size.

This has given the Zoe an increased range, to 250 miles in perfect conditions. Realistically, though, it’s rather less than that, and possibly around half the distance at this time of year when energy-draining kit like the car’s heater needs to be used and saps the distance the car can go.

It has its faults. The steering is a bit on the light side, and the top speed only gives you a 14mph margin at a legal motorway 70mph pace. But it feels nippier than its 13.5 seconds benchmark acceleration time suggests and like any electric car it’s blissfully quiet on the move.

A Zoe can be bought in one of two ways. Either you purchase the car outright, or pay less initially plus a monthly charge for battery rental. In both cases a government Plug-In Car Grant helps defray some of the cost. After the PICG has been factored in, the starting price of a Zoe is from £19,845 bought outright, or from £14,245 plus battery hire that is from around £60 a month depending on the mileage you do. 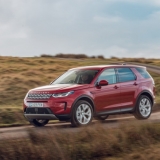