You are here: Home > Legal

Coffin Mew, the thriving southern law firm, has relocated its Brighton office to new, bigger premises in the city after enjoying three years of rapid growth.

The firm, which recently announced more than 30% turnover growth since its merger with Charles Lucas & Marshall a little over a year ago, originally opened its Brighton operation in 2015 to provide a range of legal services to businesses and individuals in the region.

Since then, Coffin Mew’s Brighton team has gone from strength to strength, tripling in number and growing its list of prestigious clients.

The new Brighton office, located on Prince Albert Street and beautifully renovated to align with Coffin Mew’s latest brand refresh, spans across four storeys and will be one of the firm’s flagship locations alongside its headquarters in Portsmouth and its other offices in London, Southampton, Gosport, Newbury, Swindon and Wantage.

“Our Brighton operation has performed strongly over the last three years and is fully integrated into the city’s booming business community,” said Nick Leavey. “It now accommodates the breadth of Coffin Mew’s industry sectors, from property and commercial to employment and family law, and is indicative of our drive to become a £20 million law firm by 2020. We outgrew our previous location, so felt it was time to invest in new premises that could accommodate the growing demand for our services.”

Mark O’Halloran added: “Coffin Mew’s success in Brighton is testament to the hard work put in by the team and the city’s vibrant, forward-thinking economy, which is allowing us to attract and retain exciting new clients, as well as business-savvy and extremely talented lawyers and support staff. We’re busy every day supporting our clients but will have an office launch party later in the year, to which we will invite them and of course the local business community.” 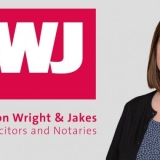 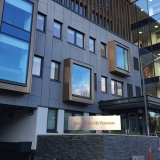 The Art of Career Choices