You are here: Home > Features

Features Posted 09/04/20
Chief executive of veterans’ charity knew he was right for the role, but had to persuade trustees to even invite him for interview!

Offering hope and purpose to men and women damaged by life in the armed services has been Steve Sherry’s daily focus for 10 years. But he almost didn’t get the chance to even begin the role.

Steve saw the advertisement for chief executive of Royal British Legion Industries (RBLI), based in Aylesford, Kent, when he was planning to return to the UK in 2010 after a career in the army and two periods working as defence adviser in Pakistan and the Czech Republic. He was looking for a new challenge and knew he still had more to offer.

An inquiry was made to the headhunting agency for more information about the role, but Steve was firmly told the charity was looking for someone with a commercial, rather than a service, background and there was no point in him applying.

However, Steve was not to be put off so easily. “I was so sure I was the person they needed that I applied anyway – and got the job,” he tells me with a smile. “It’s been a fantastic 10 years and I’m privileged to have been involved.”

RBLI operates from the 75-acre estate surrounding Preston Hall set up by Royal British Legion Industries shortly after the First World War to provide accommodation for men whose physical and mental health had been affected by active service. The charity, which celebrated its centenary last year, now offers work to about 100 veterans and a few civilians from the wider community.

Many of the employees live on the estate, which offers a range of accommodation to former service men and women and their dependents. A block of 24 flats for independent living was opened in 2017 and is home to families as well as single people, charged rent appropriate to their income. There are also homes for those whose health is not as robust, some with part-time medical supervision, others with full-time care for dementia and other issues.

Steve has seen RBLI develop in size, efficiency and profit over the decade he’s been occupying the chief executive’s chair, but he retains a clear view that it can do even better.

“I’m not ready to retire yet,” he says, fixing me with a friendly, but determined look. “I have a wonderful, forward-looking, ambitious board to support me and we are determined to continue to grow and improve opportunities for people who have had a hard time.”

Some of those ex-service men and women end up homeless and are referred to the Royal British Legion Industries for help. Steve tells me of three veterans, aged from 23 to 81, who turned up on the site just before Christmas in need of accommodation. They were all welcomed.

So what does RBLI produce from its on-site factory – Britain’s Bravest Manufacturing Company? Steve arranges for me to take a quick tour of the workshops, which turn out laser-printed, reflective information signs under contract to various organisations, including Network Rail and Barratt Developments. This company has just taken out a contract with the charity to provide it with signs advertising its new housing estates, as well as offering a £750,000 donation towards the cost of building a “centenary village” on the estate. Another role for the charity’s employees is to create bespoke pallets for certain industries, including fruit farms. It also runs a small factory in Leatherhead.

Steve is proud to have become involved with a graduates’ programme operated by Barratt Developments, under which students took part in a Dragons’ Den-style competition to design dementia-friendly gardens and refurbish buildings on the estate.

In his spare time, Steve enjoys sport in all forms, particularly running – which he does up to six times a week when he’s in training for an event. He’s a keen cross-country skier and coaches his son’s under-12s football team.

Our conversation ends with Steve’s mantra about the business he clearly loves “The RBLI estate is a multi-generational community which impacts positively on people’s lives. Employment is an important part of that process and provides what the government says we should do – ‘social value’.” 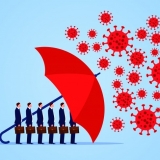 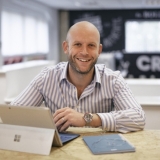 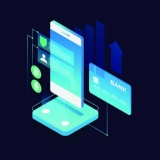