You are here: Home > Features

Features Posted 22/06/19
A scientist with a remarkable vision believes the big issues in medical advancement can be tackled using a simple, naturally occurring element.

A reputation for making her scientific research “real” brought Dr Suzanne Saffie-Siebert to the attention of the big boys in pharmaceuticals and on the road to developing world-class, life-changing drug technology.

With the backing of these influential movers and shakers, her company, SiSaf, based on Surrey Research Park at Guildford, is making huge inroads into the development and refinement of ways to deliver focused, personalised drug doses. She believes this is the key to the treatment of the world’s big medical issues, including cancer and Alzheimer’s.

Suzanne was born in Iran, the daughter of a senior minister in the government during the rule of the Shah, but was sent to England to be educated, along with her siblings. She explained: “My father loved the UK and believed in the English education system. After the revolution, I came to live here.”

With a degree and a PhD from the School of Pharmacy at the University of London, Suzanne found work in Italy, developing the use of liposomes in the delivery of drugs. Then she received a call from a head-hunter for a possible job with a company in Malvern, Worcestershire.

“I was called to their offices, shown a chunk of silicon and told ‘we want you to make a drug delivery technology of silicon’. I thought ‘this is crazy!’ but then I began to look at the possibilities,” she says, her soft, accented voice full of passion for her subject.

Silicon, the second most common element on earth, is known for its properties as a “semi-conductor”, which enabled the IT revolution. It occurs naturally in our bodies, an essential micro-mineral promoting the development of healthy bone and tissues.

Suzanne, who is married to a BBC documentary producer, set up SiSaf (an anagram of part of her surname) in 2008 and has been working with her scientists and technologists to develop a way of amalgamating therapeutic drugs with silicon powder to create patches, creams and eye drops to deliver drugs to the point of need, safely and effectively. Hers is the only company in the world with the technology to make silicon fully “bio-available”, opening the door to revolutionise healthcare.

SiSaf does not discover drugs, it develops them to significantly improve the delivery method, which in turn enhances their efficacy and safety. It then passes the proven technology on to the “big players” in the industry who take the products to market. “We offer the technology. We de-risk drug development and stop there,” says Suzanne. One commercial sideline has come out of the technological research, however. The company produces and sells cosmetics to combat acne and wrinkles. The top-of-the-range natural products are available only in the US, but are very popular.

SiSaf won first prize for innovative use of technology in a competition in Silicon Valley, California in 2011, a huge honour and a turning point for the company, says Suzanne.

She clearly loves her work, explaining that she needs only three to four hours of sleep a night (and always has done). Her waking hours are spent mainly thinking about SiSaf and how it can be improved. She describes herself as “very hands-on”, most frequently found alongside her colleagues in the laboratory, when she’s not flying off to meet potential clients.

The offices on the research park are ideally suited for this, says Suzanne – close to both Heathrow and Gatwick – and it was one of the reasons it was chosen in 2016 when they moved in.

SiSaf started small in a corner of a university laboratory, with first just two staff, then seven, before moving to the research park. In the last 18 months it has grown to 35, an indication of its success. The employees come from many ethnic backgrounds – including Italian, French, Greek, Iranian, Indian, Sudanese, Malaysian and South African – and Suzanne says she consciously favours women, to help raise the percentage of female scientists in the industry. She also encourages young people to work with the company and supports their training and development.

I ask how, if ever, she relaxes. With a smile, Suzanne tells me she and her husband, who have no children, love to care for a severely autistic godson with very limited vocabulary. “He is the joy of our lives and focuses my mind even harder on finding solutions to the world’s big medical issues,” she says, the look on her face reflecting the emotion. 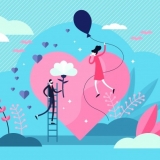 Tech solutions to enhance your business 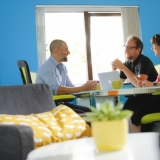