You are here: Home > Editor’s Blog

Today, the Women and Equalities Minister Nicky Morgan announced that as of April 2017, companies with over 250 employees must start working out the gender pay gap that exists between their male and female staff. The first league tables will be published a year later, so time is running out for those who fail to reward their female employees to the same level as the men.

The CBI’s director general Carolyn Fairbairn has stressed that the figures should not be used to ‘name and shame’ companies, rather as a way of focusing their minds on addressing such inequalities. She did also make the point, though, that details such as part-time arrangements and perhaps inevitable differences in gender balance in certain sectors will need to be taken into account.

Recent figures have suggested that women in the UK still tend to earn up to 20% less than men and there is no doubt that this needs to be acted on, and soon. The TUC is dissatisfied that the data won’t have to be made public until 2018 and that even then, business leaders will not be made to explain or address any pay gaps. However, I think that Carolyn Fairbairn’s point is a fair one - if the information is simply to be expressed as a bald table of figures showing the discrepancies between male and female salaries, this could in some cases be rather unfair on the companies.

No one wishes to see inequality in pay, but if there are extenuating circumstances - such as flexible working arrangements that can make such a difference to working parents, for example, of both sexes - the employers should have the chance to explain that financial inequality might not purely be down to sexism.

How do you think your company will fare when the data is published? Is there ever an excuse for a gender pay gap, in either sex’s favour? Let us know your thoughts. 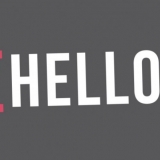 Lending an ear to the next generation